A new paper from the Stockholm International Peace Research Institute explores the financial cost of war using links between taxation and defence spending and drawing on data from 100 countries, including Ukraine. It offers evidence to understand how increases in military spending may affect tax structures, but also how low-income, autocratic and conflict-affected countries fund their military spending.

Canada’s international reputation in question as Cameron Ortis, former head of the RCMP’s National Intelligence Coordination Centre, is again free on bail pending his trial on security violations in late 2023.

Interference is typically an extremely valid and indisputable concern, but in the case of the NS shooting spree, that argument is being used to obfuscate the real issue of communication negligence which resulted in deaths that could have been avoided.

Alberta awarded third prize of “Her Vision Inspires” contest to an essayist who argues that women should pick babies over careers, writing that importing "foreigners to replace ourselves is a sickly mentality that amounts to a drive for cultural suicide.”

An RCAF CP-140 Aurora maritime patrol and surveillance aircraft headed back to base in Atlantic Canada today after intelligence gathering flights over Haiti. The aircraft was retasked from a U.S.-led counter-narcotics mission and a Canadian Armed Forces official said the data collected over two days would be used by the government “to further assess the situation in Haiti,” which has requested military help in dealing with endemic gang violence.

Prime Minister Justin Trudeau today offered premiers $46.2 billion in new health care transfers over 10 years, which wen coupled with previous commitments, would amount to $196.1 billion. “This is significant,” he said after meeting with his provincial and territorial counterparts, but it was significantly less than they have demanded to address a nationwide shortage of health care resources.

Public Safety Minister Marco Mendicino told a parliamentary committee February 6 that implementing a registry of foreign agents should be culturally sensitive. “There is a historical context when it comes to some communities within this country and their relationship with agencies and the law-enforcement community,” he said. “We need to be diligent and thoughtful and inclusive when it comes to bringing all Canadians along in the modernization of the tools and the arsenal that we create for our national security and intelligence communities.”

As the death toll from the weekend’s earthquakes and aftershocks in Turkey and Syria topped 6,200 today, the Canadian government has committed an initial $10 million to the international relief effort. International Development Minister Harjit Sajjan said further aid and potential deployment of disaster response teams are being considered. 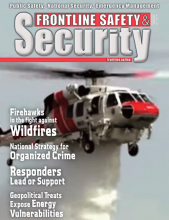 Interference is typically an extremely valid and indisputable concern, but in the case of the NS shooting spree, that argument is being used to obfuscate the real issue of communication negligence which resulted in deaths that could have been avoided.

Alberta awarded third prize of “Her Vision Inspires” contest to an essayist who argues that women should pick babies over careers, writing that importing "foreigners to replace ourselves is a sickly mentality that amounts to a drive for cultural suicide.”

Keeping Russia "at bay" is not a solution to the carnage happening in Ukraine. With Russia firing 10 times the amount of ammunition than Ukraine, Putin knows he will win, unless something changes.

Keep your promise, cut the red tape for Afghans

It is now 11 years since I served in Afghanistan, and almost a year since those who helped us were abandoned to the increasing brutality of Taliban rule, it's time the govt cut the red tape and made good on its promises.

Bipartisan forces in the U.S. Senate are pressing President Joe Biden to block a $20-billion arms sale to Turkey as long as it continues to block NATO membership for Sweden and Finland. “Once the NATO accession protocols are ratified . . . Congress can consider the sale,” the Senators say in a letter to Biden. “Failure to do so, however, would call into question this pending sale.”

New York-based Chainalysis, which analyzes the cryptocurrency market, reported February 1 that North Korea-backed hackers stole US$1.7 billion in 2022, nearly quadruple their theft in 2021 and accounting for 44 per cent of all cryptocurrency hacks last year. Critics say North Korea uses the proceeds to accelerate nuclear weapons development.

A Brazilian Senator says his country’s former president, Jair Bolsonaro, now ensconced in Florida, attended a post-election meeting about a plot to keep him in power. Marcos do Val says he was asked in December to get the head the electoral authority to compromise himself to discredit the election which Bolsonaro lost by a slim margin a few weeks earlier.

Minnesota Democrat Representatives Ilhan Omar was kicked off the Republican-led House foreign affairs committee. Her party says the move is “political revenge” for some of the Somalia-born Muslim politician’s criticisms of Israel since she was elected in 2019 but both parties have said some remarks were antisemitic.

The Senate has amended government Bill C-11, a contentions plan to compel online streaming services to provide Canadian content accessible to Canadian subscribers or face penalties. Introduced in the House of Commons in April 2022, it now includes Senate changes the House must consider but Heritage Minister Pablo Rodrigues said February 2 that he is optimistic about final approval soon.

The Communications Security Establishment confirmed February 2 that it had issued a threat report to Canadian organizations about LockBit, a prolific Russia-linked ransomware group known for targetting hospitals and transit systems. A CSE official said LockBit was responsible for 22 per cent of attributed ransomware incidents in Canada last year and will pose an “enduring threat” going forward.

Confirmation that Canadian university researchers have collaborated with military scientists in China has prompted Innovation, Science and Industry Minister François-Philippe Champagne to promise tighter national-security requirements “shortly.” He also noted, however, that universities are a provincial jurisdiction.

Heavily-redacted reports released by the federal government in response to an Access to Information request show a disturbing trend of “violent rhetoric and intimidation tactics” in on-line threats to federal politicians. Targets included government opposition Members of Parliament and a far-right social network said some should be executed for treason.

The federal government spent nearly $400 million on contracts for quarantine hotels during the pandemic, including some $77.2 million in the current fiscal year after many public health restrictions had been eased or lifted. A Health Canada spokesperson pointed out that “designated quarantine facilities met public health guidelines for the purposes of accommodating travellers to quarantine as required by emergency orders under the Quarantine Act.”

The Chinese foreign ministry says a House of Commons motion calling for asylum for Uyghurs in third countries is political meddling and that Canada is “spreading disinformation and misleading the public.” China insists that its Trukic ethnic Muslim minority lives peacefully despite long-standing reports of forced labour and other institutional abuse.

Ottawa open to some bail reform

The federal government is considering legislative changes to deal with repeat violent offenders but Justice Minister David Lametti said February 2 that there are no easy solutions. He hopes to meet with his provincial and territorial counterparts after all premiers asked Prime Minister Justin Trudeau to make bail less accessible in cases involving possession of loaded, prohibited or restricted firearms

No NATO aspirations in Serbia

Serbian President Aleksandar Vucic told his parliament today that he has no plan to join NATO and will remain militarily neutral while maintaining ties with alliance members through weapons procurements. Kosovo and Bosnia & Herzegovina are the only other Balkan states which have not joined NATO.